Colloids find many applications in our daily life and in industry. Some typical applications of colloids are given below:

12) Cleansing actions of soaps and detergents 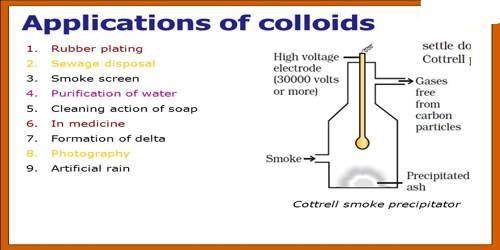