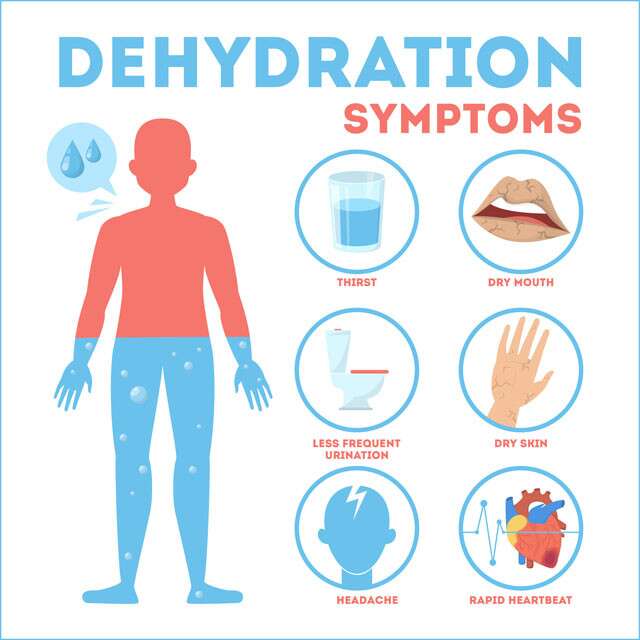 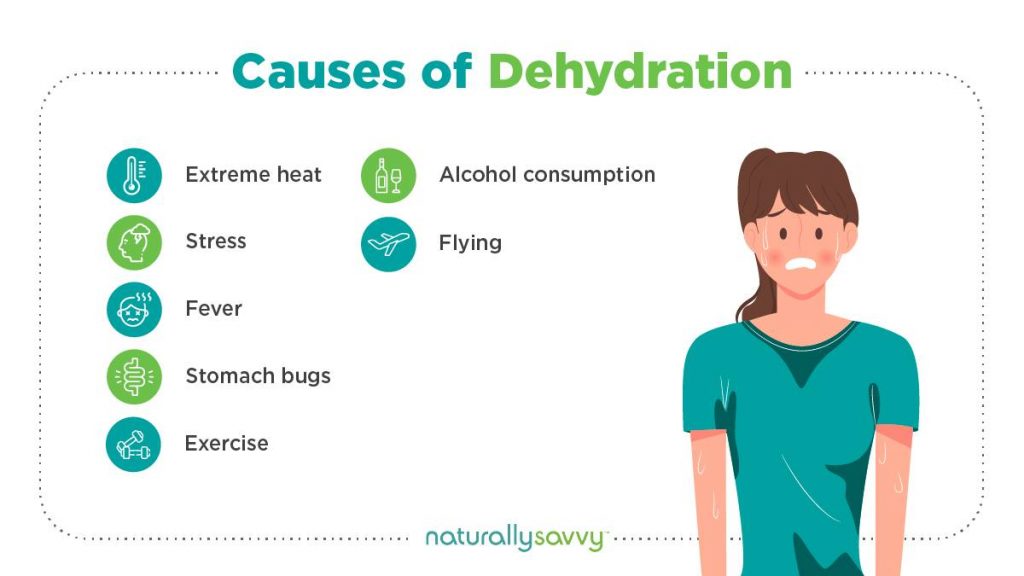 Dehydration is classified in different ways but basically is of three types:

c) Severe dehydration: if a body loss fluid which is about 15% of the total body fluids, it is called severe dehydration. It is severe form and requires emergency hospitalization and treatment which can be life-threatening.

Dehydration can also be classified on the basis of ratio between water loss and sodium loss. It is of three types:

There are several causes of dehydration. Some of the causes are:

Signs and Symptoms of Dehydration

Dehydration is more common in infants caused mainly due to bacterial and viral infection resulting in severe diarrhea and vomiting.  It is life threatening if the lost body fluids won’t get replaced on time when parents are unable to recognize the signs.

Elders are at higher risk of dehydration even though they look healthy because of increased fluid loss and decreased fluid intake. In some cases, severe dehydration condition may become fatal in old age if the amount of fluid could not be maintained properly on time.

It is the treatment for dehydration in which an oral rehydration solution (ORS) is administered orally. ORS was formulated by WHO which contains anhydrous glucose, sodium chloride, potassium chloride, and tri-sodium citrate. In Case of severe dehydration, proper treatment is the intravenous administration of necessary water and electrolytes.