Sclerenchyma is a type of simple permanent tissue. It forms the main strengthening tissue of the plant. It consists of long, narrow, thick-walled and lignified dead cells. They are fibre like in appearance due to their pointed structure at both ends. For this, the tissue is called sclerenchymatous fibres or simple fibres.

They also have simple, often oblique pits in their walls. The middle lamellae is conspicuous in sclerenchyma. They are found abundantly in plants, and occur in patches or in definite layers.

WHAT ARE THE FUNCTIONS OF SCLERENCHYMA?

They serve purely mechanical function, i.e., they give strength and rigidity to plant body and thus enable it to withstand mechanical strains.

Sclerenchyma is of two types. They are:

WHAT ARE FIBRES AND SCLEREIDS?

Fibres are type of sclerenchyma that are long, thick-walled and are dead cells that provide support to the internal structure of plants. 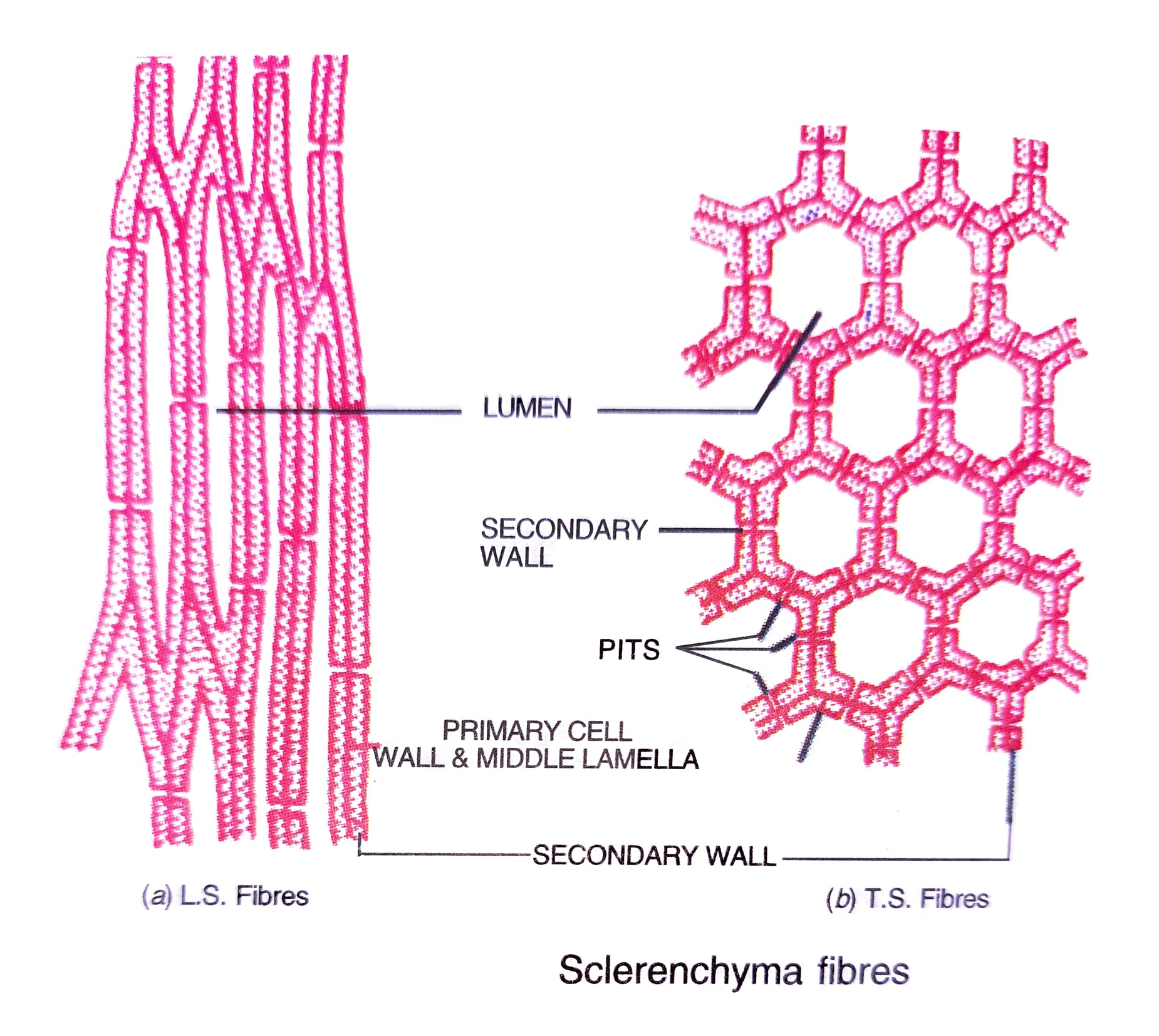 Fibers are of three types, which is on the basis of their origin. They are:

These fibers are found in the testa of various seeds or form the covering on the fruit. For e.g. cotton fibres, mesocarp fibre of coconut.

Mostly present in the xylem of stem and roots. They are also known as xylary fibres. They originate from the derivatives of the cambium.

These are obtained from pericycle and phloem of various plants. These fibres are also known as extra xylary fibres as they occur outside the xylem.

They are extremely thick walled. They are of various shapes like spherical, oval, cylindrical, T or dumb-bell shaped or even stellate. They are generally found in hard parts of plant body and sometimes in the pulp of fruits. Sclereids can be categorized into four main types on the basis of their shapes. They are: 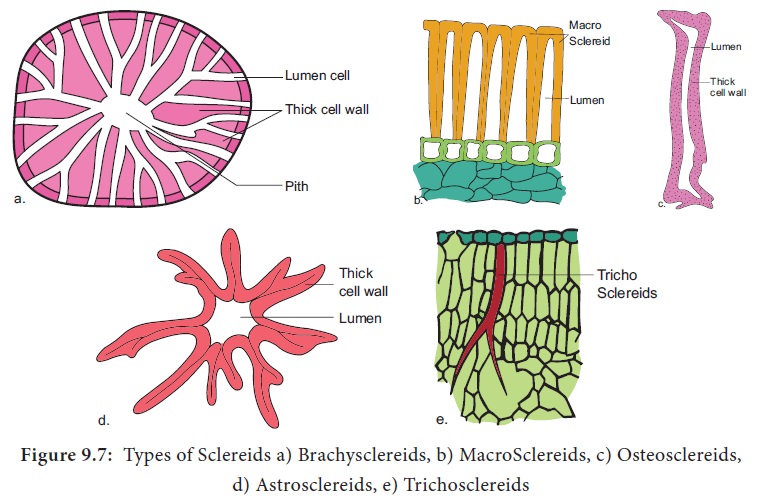 i. Brachysclereids or stone cells (isodiametric)

COMPARISON BETWEEN FIBERS AND SCLEREIDS

Differences Between Fibres and Sclereids