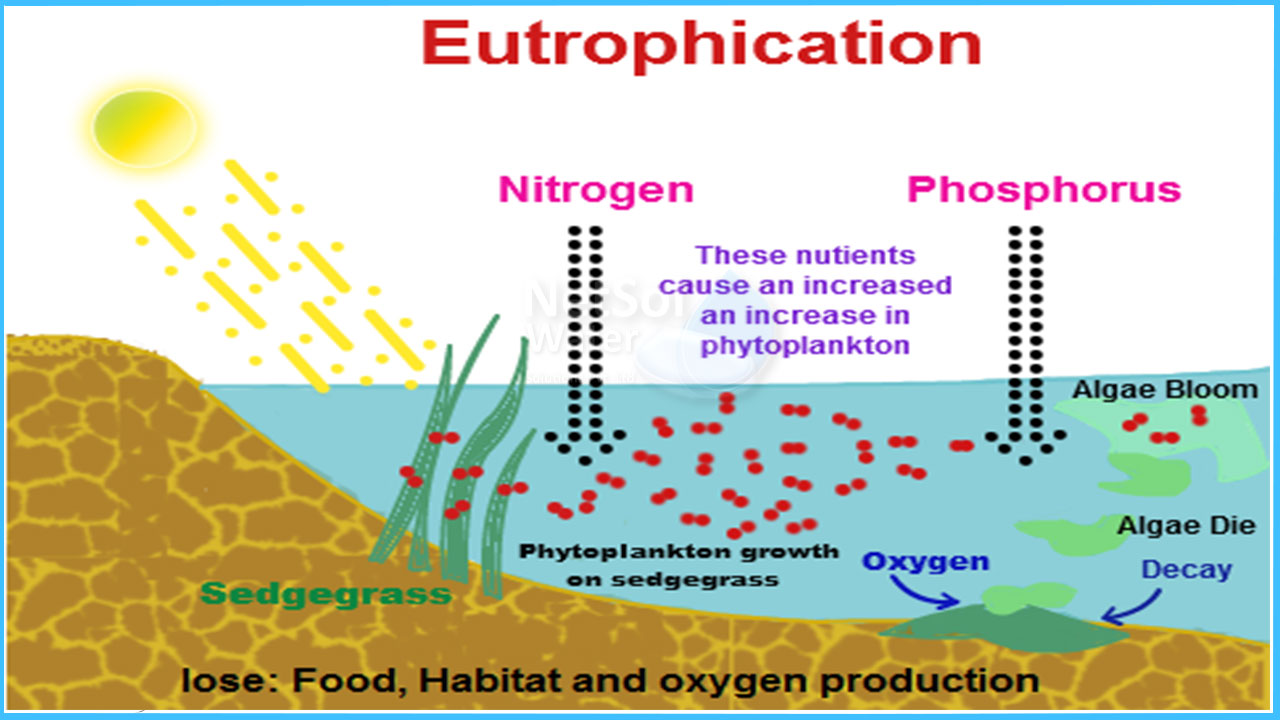 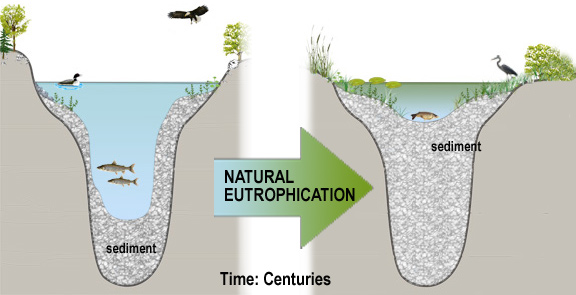 1. During eutrophication, toxic chemicals are released by algal blooms which kill fish, birds and other aquatic animals causing the water to sink.

2. Decomposition of algal bloom depletes the oxygen level in water. Thus, with a high CO% level and poor oxygen supply, aquatic organisms begin to die which turns  the clean water  into a stinking drain.

3. Hydrogen sulphide is yielded by reduction of sulphate causing foul smell and putrefied taste of water.

8. Phytoplankton communities are most sensitive to eutrophication.

Several technical devices along with prevention of further in flow of effluents have been used to control eutrophication. For example,

Eutrophication and its type