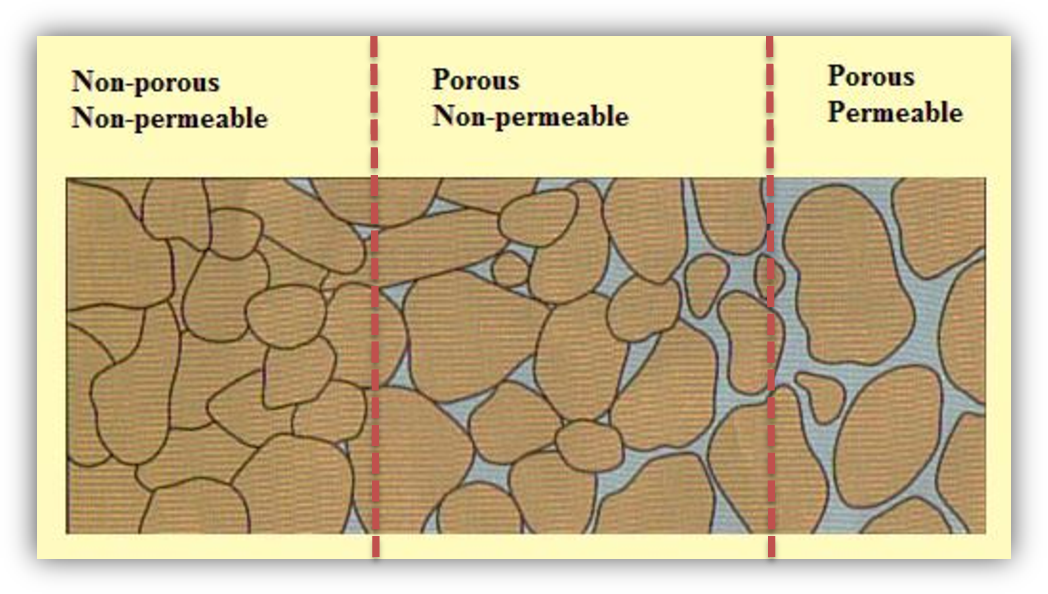 i) Permeability may be defined as the ability of the porous(rock or unconsolidated material) to allow the passage of fluid through it.

HYDRAULIC CONDUCTIVITY
It is the property of the rock which describes the ease with which a fluid can move through pores , spaces and fracture. It depends upon: a) Permeability b)Degree of saturation c) Density and viscosity of fluid 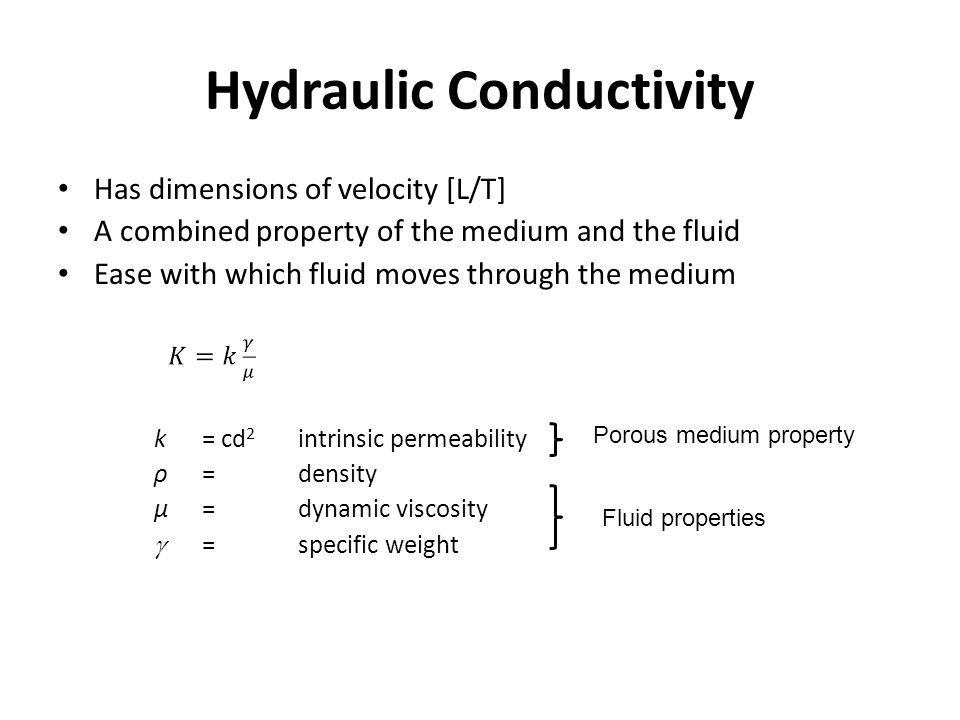 Water when enters into a joint or fissure present in a rock mass causes many problems. Some of them are as follows:
i) Chemical reaction : some minerals react chemically with water and such reaction may create problem.
ii) Sulphides oxidation also takes place.
iii) Drilling becomes more difficult.
iv) Pumping may become very costly.
v) Stability is often reduced as a result strength of rock is reduced.
vi) High moisture increases the unit weight of the rock and give more problem.
vii) When water enter into the cracks or fracture, water pressure increases due to which shear strength of the rock decreases thereby causing in stability.