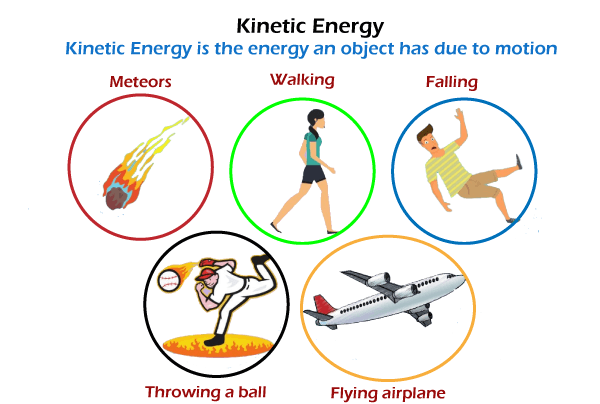 Let us consider a body of mass ‘m’ is initially at rest. If a force of magnitude ‘F’ is applied on the body, it comes in motion and produces an acceleration ‘a’on the body.

Also let the body travels a distance ‘s’ after sometime and attains a velocity ‘v’.

Here, the force F does work on the body. As the force goes on doing work, it spends energy. The energy thus spent in the form of work done is converted into the kinetic energy of the body.

If the friction between the body and the ground is neglected, the kinetic energy gained by the body is equal to the work done by the force in displacing the body by the distance ‘s’. 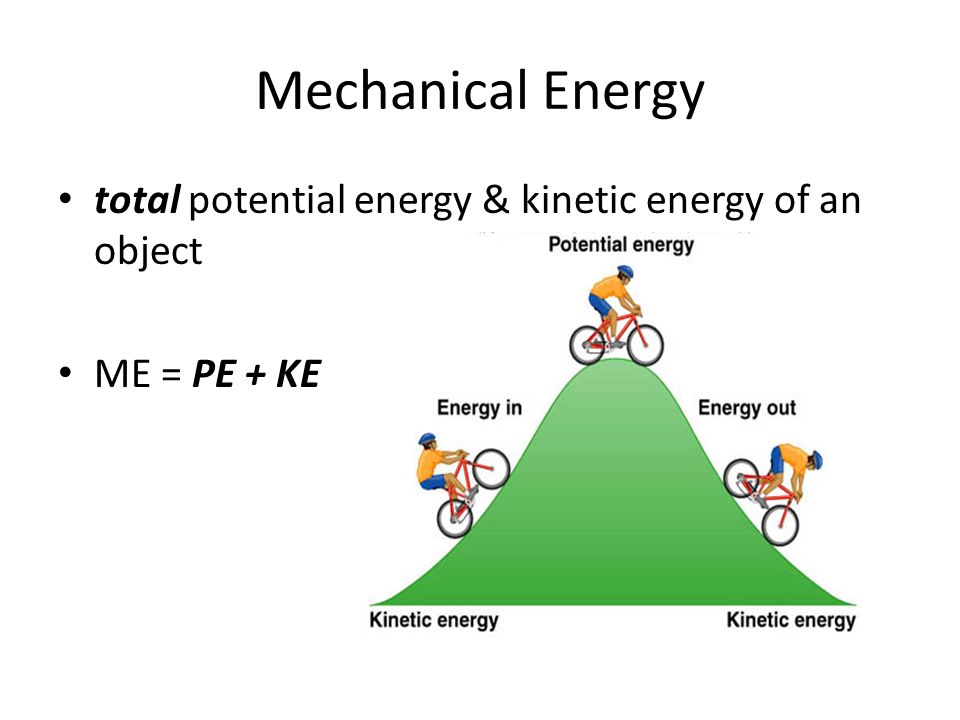 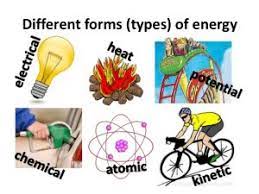 Now, the work done by the force (W) = force × distance 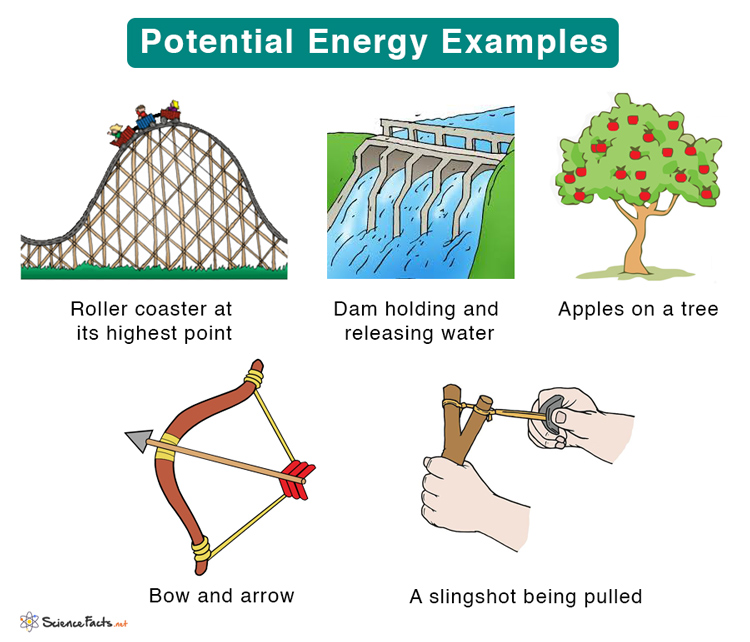 Consider a body of mass ‘m’ lying at rest at a height ‘h’. if the body is allowed to fall freely, its velocity goes on increasing. The body is under the action of the gravity alone. So, the acceleration produced on the body is the ‘g’.

So, when the body is about to strike the ground, all of its potential energy which it had when it was at height is converted to kinetic energy.

Now, for the body,

This is the energy which the body had when it was at height ‘h’.

Hence, the gravitational potential energy of a body of mass m when it is at height h is given by