There are a series of cells that are distributed throughout the body that have shared the property of being able to phagocytose unwanted matter entering in the body. Those unwanted matter may include bacteria and dead cells. These cells also have important role in defence mechanisms for which they work in collaboration with lymphocytes to carry out their function. Some of the cells of this system in the past have been kept under reticulo-endotheial system, but this term has been discarded as it has been studied that most of the endothelial cells do not act as macrophages. These cells have also been included in macrophage system but due to the discovery reflecting the close relationship between these cells and mononuclear leukocytes of blood, the term mononuclear phagocyte system has been more common in usage. It has been found and known that almost all macrophages have originated from stem cells in bone marrow that is also responsible for the origin of mononuclear cells of blood.

There are various such cells in our body that are usually included in the mononuclear phagocyte system. They are given below: 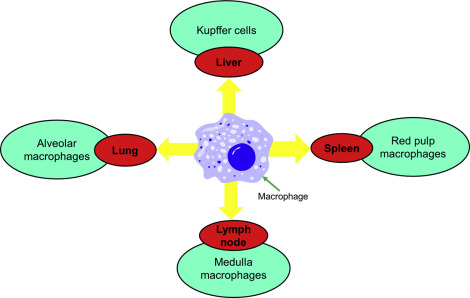 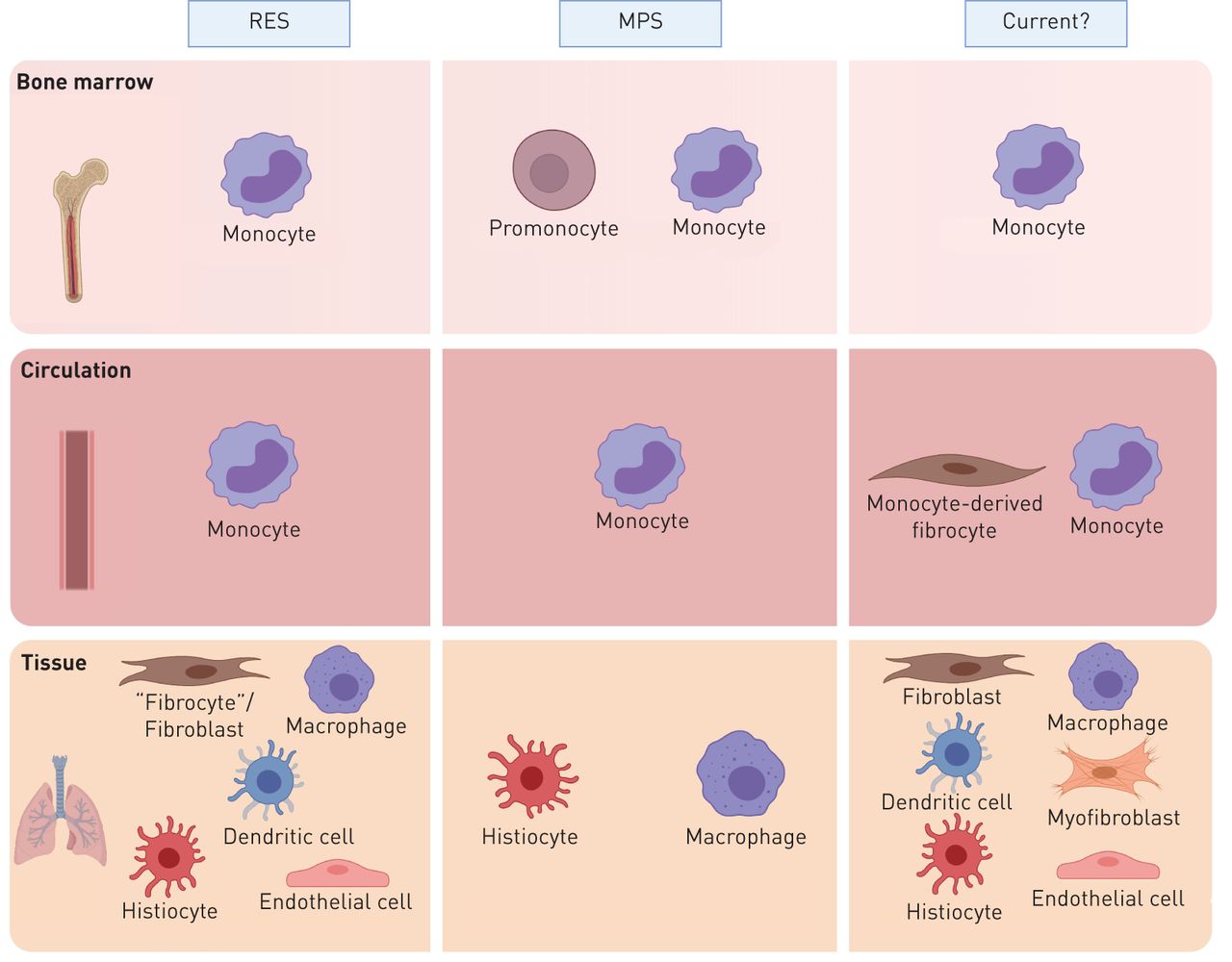 The cells that make mononuclear phagocyte system show some common type of features. They are generally found to be of large size i.e., 15-25 micron in diameter and have euchromatic nucleus. Endoplasmic reticulum i.e., both granular and agranular, golgi complex and mitochondria along with endocytic vesicles and lysosomes are present in them. The cells contain irregular surfaces and have filopodia (irregular microvilli). Most of the cells show more or less oval shape whereas dendritic cells are highly branched.

Aggregations are found to be formed oftenly by macrophages where the aggregations are seen as milky spots in relation to the peritoneum and pleura. In case of spleen, the aggregations form ellipsoids around small arteries. Multinuclear giant cells also called foreign body giant cells are resulted when aggregations of macrophage come in contact with large particles. These cells may get transformed to epitheliod cells in presence of tubercle bacilli that are involved in T-cell mediated immune response. There are different types of monocytes which are classified on the basis of markers present in them and their relationship to cytokines.

All those cells involved in making the phagocyte system are supposed to arise from the stem cells in bone marrow which are seen as monocytes when passed into blood. Finally, they pass into the respective tissues where they show their function.

Functions of the mononuclear phagocyte system

This system shows various different functions. Some of the functions are:

The cells under this system have ability to phagocytose particulate matter, dead cells or any other organism like bacteria. Alveolar macrophages present in lungs engulf any inhaled particles which are seen as dust cells. Similarly, aged and damaged erythrocytes get destroyed by macrophages in case of spleen and liver.

i) Antigens are present on the surface of all mononuclear phagocytes and these antigens are called class II MHC antigens. Lysosomes digest those antigens which get phagocytosed by macrophages partially. Some remnants of the partially digested antigens pass to the cell surface where they are responsible for forming complexes with the MHC antigens. Thus, the resulted complexes, with their natural ability, stimulate the T-lymphocytes.

ii) Macrophage activating factors like interleukin-2 are produced by certain kind of T-lymphocytes which increases the activity of macrophages. Thus, cytokines are synthesized and secreted as the macrophages are stimulated which further stimulates the proliferation and maturation of more lymphocytes.

iii) Antibodies are produced by the lymphocytes against any foreign substances as they enter the body. They adhere to those foreign substances. Macrophages easily recognize these antibodies produced as they have as they have receptors on their surface for those antibodies. In this way, selectively the macrophages destroy foreign matter by phagocytosis or by release of lysosomal enzymes. From it, it can be seen that lymphocytes and macrophages togetherly provide integrated immune system for defence of the body.

iv) Some mononuclear phagocytes are responsible for secretion of tumour necrosis factor (TNF) when stimulated properly which acts upon and kill some neoplastic cells.