P. aeruginosa produces a number of pigments which get diffused into surrounding media. They are as follows:

i)It is a bluish- green phenazine pigment soluble in chloroform and water.

iii)The presence of super-oxide and H2O2 inhibits the growth of the bacteria and causes cytotoxicity.

i)It is greenish fluorescent material that is soluble in water but not in chloroform.

ii)It imparts a green fluorescence to bacterial colonies when they are examined under an UV light.

i)It is responsible for green dis-colouration of the plate of agar medium growing this organism.

ii)It is also produced by P. fluorescens and P. putida. 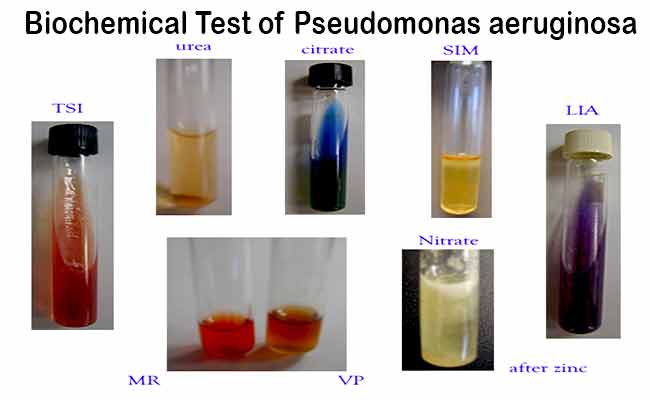 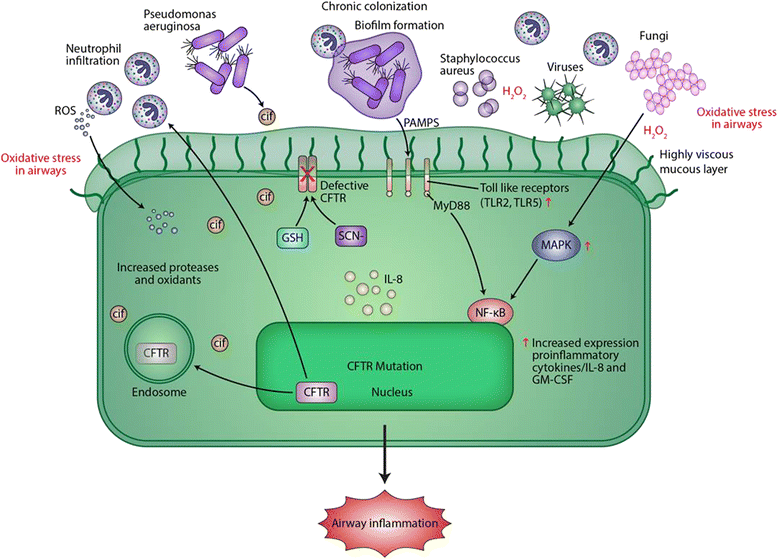 b)Pilin and non-pilus adhesins are essential for initial colonization of epithelial tissue.

c)Haemolysin, one of which is a phospholipase C, breaks down lipid and lecithin facilitating tissue destruction.

h)Antibiotic resistance is attributed to the relatively impermeability of the cell wall. Effective antimicrobials are transported by diffusion after binding to LPS or through porins. Thus switching in LPS side chain and mutational changes of porins result in antibiotic reistance.

i) Urinary tract infection which may result after instrumentation or catheterization.

v) Acute purulent meningitis which may occur after lumbar puncture or after cranial surgery.

vii) Septicemia may develop in newborn baby and old debilitated persons, particularly in those individuals who have already been treated with cytotoxic drug or irradiation.

viii)Acute necrotizing vasculitis which leads to haemorhhagic infarction of skin and of internal organs (liver and kidney).