a) Selection of solvent

b) Preparation of the solution

e) Separation and drying of crystals 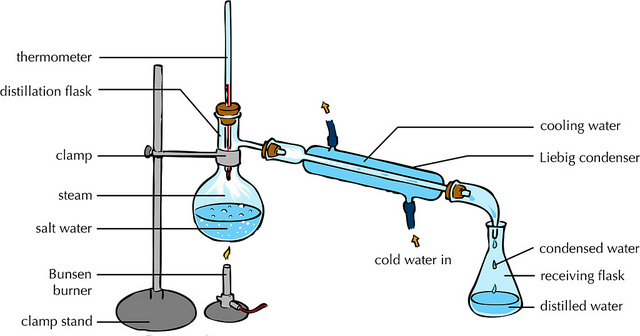 For example: aniline, o- nitrophenol, nitrobenzene etc. are purified by this method.

Steam distillation is based on the fact that:

i) A liquid boils at a temperature at which its vapour pressure becomes equal to the atmospheric pressure.