a) Deficiency of calcitriol (activated vitamin D) that results in reduction of the calcium absorption from the intestine leading to hypo-calcemia. This both condition may lead to hyperparathyroidism in some patients.

b) Deficiency of erythropoietin resulting to anemia. i) Acute nephritis (inflammation of kidneys) developed by some immune reaction.

ii) Due to damage of renal tissues lead by poisons like lead and mercury.

iii) Some type of circulatory shock may result to renal ischemia.

vii) Formation of calculi or tumor causing blockage of ureter. 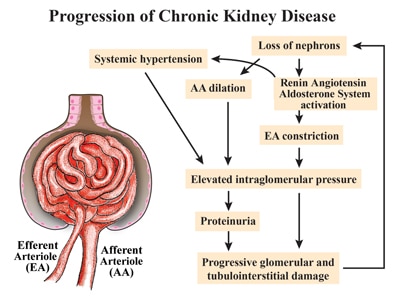 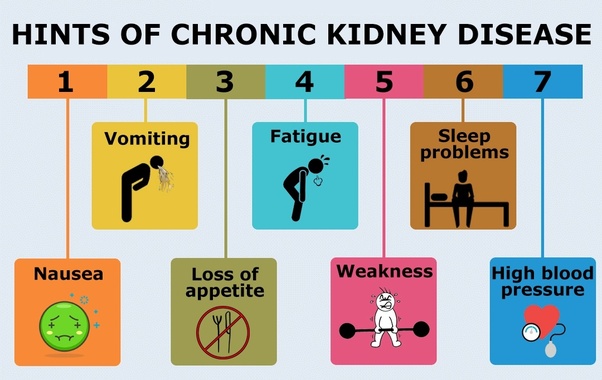